Report of election of Officers and Board Members-at-Large

The Nominating Committee of the DSNA (Chair David Jost; Connie Eble, Michael Hancher) submitted the following ballot for 2017 and these are our new officers. A biography of each is given below. Steve Kleinedler, as present Vice-President/President-Elect, becomes President for 2017-2019. Stefan Dollinger and Lise Winer continue as Members-at-Large for 2017-2019.

Elizabeth Knowles began her career as a historical lexicographer at Oxford University Press in 1977, working as a library researcher for the second Supplement to the Oxford English Dictionary. She was subsequently a senior editor for a major revision of the Shorter Oxford English Dictionary (4th edition, OUP 1993), when she was responsible for the dictionary’s historical research programme. She took over responsibility for Oxford’s quotations dictionaries in 1993, and has edited the last four editions of the Oxford Dictionary of Quotations (8th edition, 2014). Other editorial credits for OUP include What They Didn’t Say: A Book of Misquotations (2006) and How to Read a Word (2010). She has written and lectured on the history of dictionaries, and she served as editor of Dictionaries from 2010 to 2013. She is currently working on a study of quotations in the English language for Oxford University Press. She has been a Fellow of the Dictionary Society of North America since 2015. 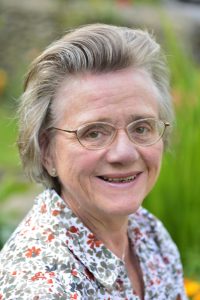 Kory Stamper is an Associate Editor at Merriam-Webster. In her 19 years as a lexicographer, she’s worked on dozens of titles, including Merriam-Webster’s Collegiate Dictionary, Eleventh Edition, Merriam-Webster’s Advanced Learner’s English Dictionary, and the new Merriam-Webster Unabridged. In addition to defining, she writes for the M-W website (www.merriam-webster.com), appears in their popular “Ask the Editor” video series, and presents on language and lexicography at both national and international conferences. Kory received her bachelor’s degree in Medieval Studies (with an early language/literature focus) from Smith College in 1996. Her first book, Word By Word: The Secret Life of Dictionaries, was just released by Pantheon/Knopf, and she is working on a second nonfiction book about defining for Pantheon. 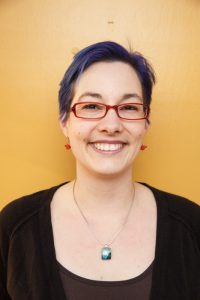 Peter Gilliver is an Associate Editor of the Oxford English Dictionary; he has been a member of the OED’s editorial staff since 1987. For much of that time he has also been researching and writing about the history of the project; his book The Making of the Oxford English Dictionary was published by OUP in 2016. He is also the co-author (with fellow lexicographers Jeremy Marshall and Edmund Weiner) of The Ring of Words: Tolkien and the Oxford English Dictionary (2006). He has been presenting papers on the history of the OED at the DSNA’s meetings since 2003, and has had several of these papers published in Dictionaries; he has also spoken and written widely elsewhere both on the history of the Dictionary and on Tolkien. He is a member of the Advisory Board of the LEME (Lexicons of Early Modern English) project. 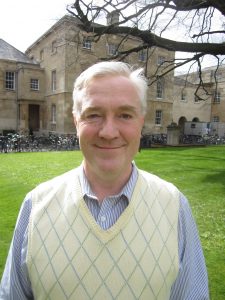 Sarah Ogilvie is a linguist and lexicographer at Stanford University. She previously taught linguistics at Cambridge University (Alice Tong Tze Research Fellow at Lucy Cavendish College) and at the Australian National University (Director of the Australian National Dictionary Centre and Chief Editor of Oxford Dictionaries, Australia). As a practical lexicographer she has written both diachronic dictionaries (Editor at the Oxford English Dictionary (OED) responsible for World Englishes and words of non-European provenance) and synchronic dictionaries (she was Etymologist of the current Shorter Oxford Dictionary and has written several general desktop dictionaries in Britain and Australia, including thesauruses and children’s dictionaries). In addition, she works on endangered languages and wrote a bilingual dictionary and grammar of Morrobalama, an Aboriginal language of Australia. Technology is a large focus of her work and research and in 2012-2014, she worked on digital dictionaries and software for Amazon Kindle at Lab126, Amazon’s innovation lab in Silicon Valley. Sarah is originally from Australia where she studied for a BSc in Computer Science and Pure Mathematics at the University of Queensland and a MA in Linguistics at the Australian National University, before completing a doctorate in Linguistics at Oxford University. She is author of Words of the World: a global history of the Oxford English Dictionary (Cambridge University Press, 2013), and co-editor of The Concise Encyclopedia of the Language of the World (Elsevier, 2008) and Keeping Languages Alive: documentation, pedagogy, and revitalization (Cambridge University Press, 2014). 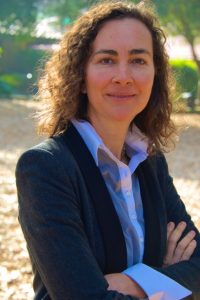