Orin Hargraves kicks off a series of pieces I am commissioning about the state of lexicography at present: 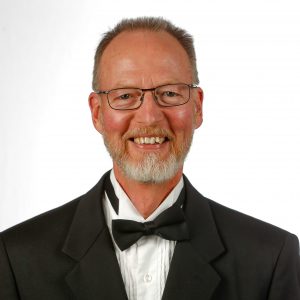 My view of the profession of lexicography is through a lens shared by many, though not all, of my colleagues: I am now and have always been an independent contractor, a freelance, and never a salaried employee of a dictionary publisher. My guess is that today, most people who define words in exchange for money work in the same capacity as I do and to that degree, my perspective may reflect the experience of others.

Perhaps a good way to focus the current state of the occupation is to look at what came before it. I see the trajectory of lexicography over the last quarter century as a series of line graphs, with time on the horizontal axis and various changing parameters on the vertical. I’m better with words than with graphs, so here are descriptions of the graphs with arrows to show their direction.

The ascent, and now nearly complete triumph of digital technology in lexicography is paramount in understanding where lexicography is today. Undertaking lexicographic analysis and synthesis for any language today, whether widely spoken, endangered, or dead, hardly makes sense without the aid of computers at every step. This means that reasonably high-level computer literacy is a requirement of any competitive lexicographer: at a minimum, you need to be well-versed in corpora and corpus-querying software, and be comfortable with at least one commercial dictionary-making software platform. If you have programming skills, that is even more valuable.

The Dictionary as Print Artifact: ↘

In the early 2000s I worked on as many as six projects in a year that would eventually be printed as dictionaries or language reference books. In 2017 I worked on only one: the Scholastic Children’s Dictionary. Every other lexicographic project I worked on last year will become an app for phones and tablets, or a component in a natural language processing (NLP) system.

My first job in lexicography (1992) paid £8 (at the time, about $13) an hour. I know of lexicographers today working for rates between $25 and $45 an hour, so there has been marginal  but not substantial improvement in pay. But no one is in this game to get rich. Today I think it is more common (and probably a better deal for the lexicographer) to work on a piece rate or bid for a whole job. This is an excellent incentive to learn to work quickly and efficiently. It’s also a fact that many things you can do with good lexicographic skills pay much better than doing lexicography.

Number of people in the profession: ↘

When I look at the names of people I have worked with on dictionaries over the past 25 years—they’re easy to find because they all appear in the dictionaries themselves—I see that fewer than one in ten is still in lexicography today. This is directly related to the next heading.

There was a kind of golden age of English lexicography in mid to late 1990s when a small handful of dictionary publishers kept dozens of freelances in the US and the UK in full-time work. In 1996, when I was working in London, I  can remember an editor at Bloomsbury  making a day trip to Wiltshire for the express purpose of talking to an experienced lexicographer who was passing through there, in the hope of taking her on—so rare was it then to find someone with the desired skills. At the sparsely attended DSNA conference in Barbados last year, I verbally advertised a slot for a single lexicographer on a small dictionary job. Immediately I had enquiries from five qualified people.

An independent lexicographer today absolutely must have a wide, flexible, and imaginative skillset, centered in facility with digital technology. If you want to make a living from your knowledge of words and what they mean you must think of every possible way to apply it, and spend a fair amount of time making sure that people who might be able to pay you for your knowledge and skills know about you. In recent years I have done comparatively little defining—fewer than a thousand words total on two projects in 2017—but I have written and edited books and articles about language, consulted on legal cases, helped develop tools for use in natural language processing, and edited television scripts for historical accuracy. A lot of this work has come to me either from fellow DSNA members or from networking that arose originally within the DSNA.